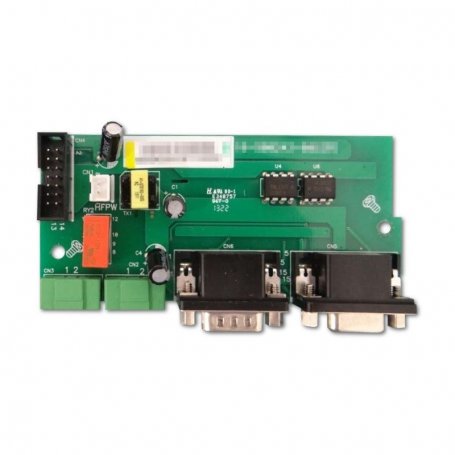 Card for making the parallel connection between two or more Solarix PLI 5000/48 inverters. This card allows inverters to communicate with each other and can work in parallel to deliver greater power.

In order to make the parallel connection, each inverter must have its own card installed.

This card also allows the inverters to be connected on different lines to feed three-phase loads.